California School Board Officials Caught On Video Mocking Parents Who Want Them To Work: ‘They Want…

California school board members are under fire after “truly inappropriate comments” were made during a videotaped board meeting.

Officials with the Oakley Union Elementary School Board were caught mocking and disparaging parents in vile ways for the crime of wanting teachers to return to the classroom.

“Are we alone?” Board member Kim Beede said, clearly unaware that their meeting was not private. “B****, if you’re gonna call me out, I’m gonna f*** you up. Sorry, that’s just me.”

School Board President Lisa Brizendine disparaged parents as simply needing teachers to serve as their babysitters during the day.

“It’s really unfortunate that they want to pick on us because they want their babysitters back,” Brizendine told her fellow board members.

Another insinuated parents needed daytime sitters so they could smoke pot during the day.

“I totally hear that because my brother had a delivery service for medical marijuana. The clientele were parents with their kids in school,” she said. 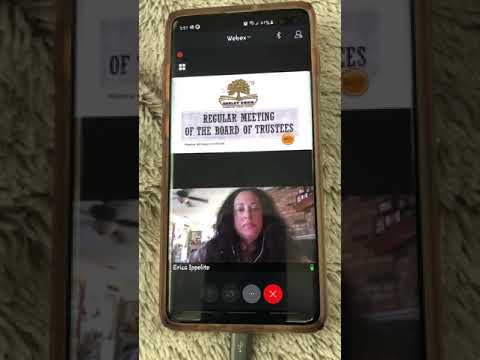 The school board members caught mocking parents on video are being pressured to resign as a result of their comments being made public.

“I am asking that the board members resign immediately due to their egregious behavior,” the petition reads. “They should no longer represent the parents, teachers, and children in this school district.”

They note that a recall effort would cost the school district money which should be going to education efforts.

Oh my goodness… school board members in California. pic.twitter.com/WzGr8TGklM

The Superintendent of the school district, Greg Hetrick, did his best to run damage control for the board members.

“The comments made were not in alignment with our vision and are definitely not what any of us stand for as leaders. I know that we lost trust with the community,” he explained. “I will not make excuses for what happened or why it happened.”

Hetrick added that “our students deserve better from us” and vowed to restore trust, but made no mention of resignations or dismissing any of the board members.

Residents in one Bay Area community are demanding that several school board members resign after the officials were captured on video disparaging parents in frank and profane ways as tensions mount over prolonged campus closures https://t.co/nUIR639brN

RELATED: Trey Gowdy Blasts Chicago Teachers Union: ‘If You Don’t Want to Teach, Go Do Something Else’

Don’t Want to Work? Get a New Job

Perhaps these California school board members caught mocking parents or the teachers who don’t seem to want to return to the classroom should heed the advice of former Congressman Trey Gowdy.

Gowdy railed against the Chicago Teachers Union for fighting a return to schools earlier this month saying, “If you don’t want to teach, go do something else.”

“Teaching is hard work even without a pandemic … I get it,” Gowdy said, “But if you don’t want to teach, go do something else.”

The post California School Board Officials Caught On Video Mocking Parents Who Want Them To Work: ‘They Want Their Babysitters Back’ appeared first on The Political Insider.