Hi, I’m Steve, Creative Director and Producer at Pixel Maniacs. We’re the developers of Can’t Drive This – our answer to the question “Why aren’t there any couch games anymore?”. And we have a big announcement to make: Can’t Drive This is coming to PS4 and PS5 on March 19!

We’re also proud to say we partnered up with Perp Games (The Walking Dead: Onslaught, Creed: Rise to Glory) to bring Can’t Drive This to shelves as well! So if you have a PS4, or a PS5 with disc slot, you can get a physical copy of the game to add to your collection. As a fairly new studio, we’re suuuuper excited about this. Seriously, if you go back in time and tell the 12-year-old versions of ourselves, they’ll excitedly explode.

One player drives. One builds the road. At the same time.

In Can’t Drive This, one player drives a monster truck while another player builds the road. If the truck drives too slowly, it’ll explode in a big, fiery game-over.

Basically the game is two in one:

In online multiplayer, team up with your favorite (or totally random) person online, to train your skills in Game of Drones, or climb the leaderboards in Ranked Yardage.But what good is a multiplayer game if you can’t show off your swag, right? That’s what we thought, which is why we added more than a Billion (with a

Perform tricks and stunts to unlock new spoilers, noses, paint jobs, and more. No matter what you’re looking for, we have it all!

You mentioned something about PS5?

I did! We’re super happy to be bringing Can’t Drive This to PS4 and PS5! We’re especially excited about the DualSense controller. We really dig the adaptive triggers, because they just add so much to how the game feels.

When playing as the builder, you rotate tiles with R1/R2 and L1/L2 before you place them. Here, the adaptive triggers will behave more like buttons, being super rigid at first, and releasing instantly when pressed hard enough. Playing as the driver, the R2-trigger always provides a certain level of force when driving, just like a gas pedal would. The faster you drive, the tighter it gets!

Remember I mentioned monster trucks explode when driving too slowly? Well, before they do, they glow (because they’re getting hot, and it looks cool). On PS5, the R2 trigger will also start rumbling, telling you to get going!

Finally, in Game of Drones, when you get hit by one of those nasty EMP mines, the trigger goes completely limp along with your truck, for as long as the truck is disabled. 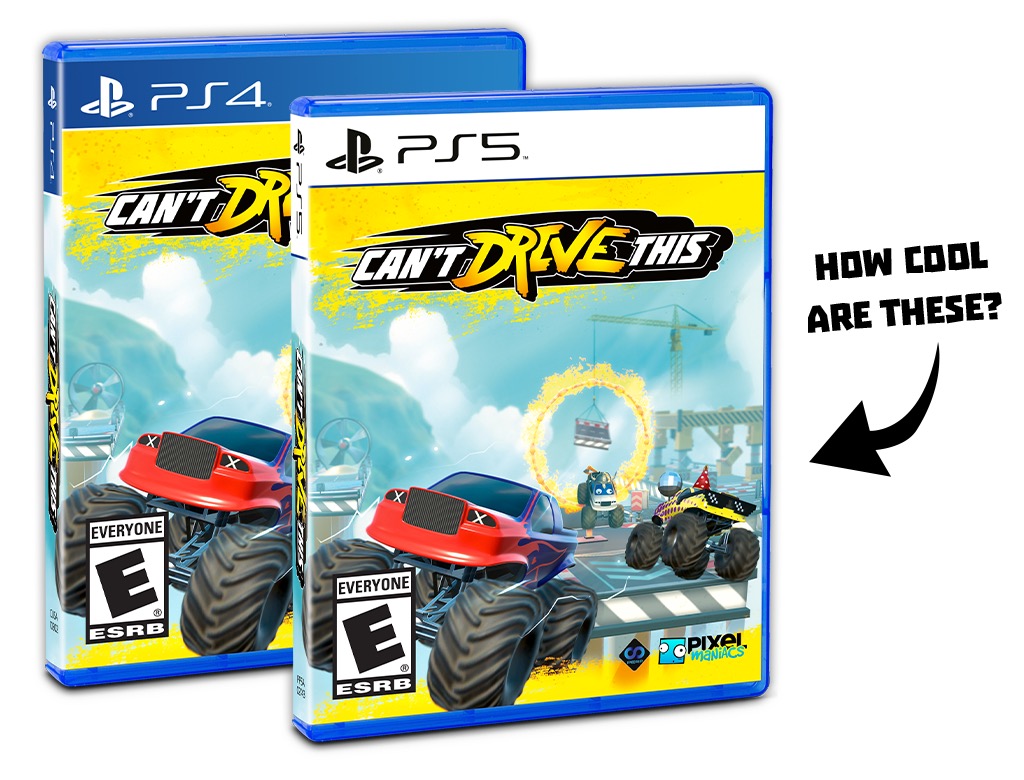 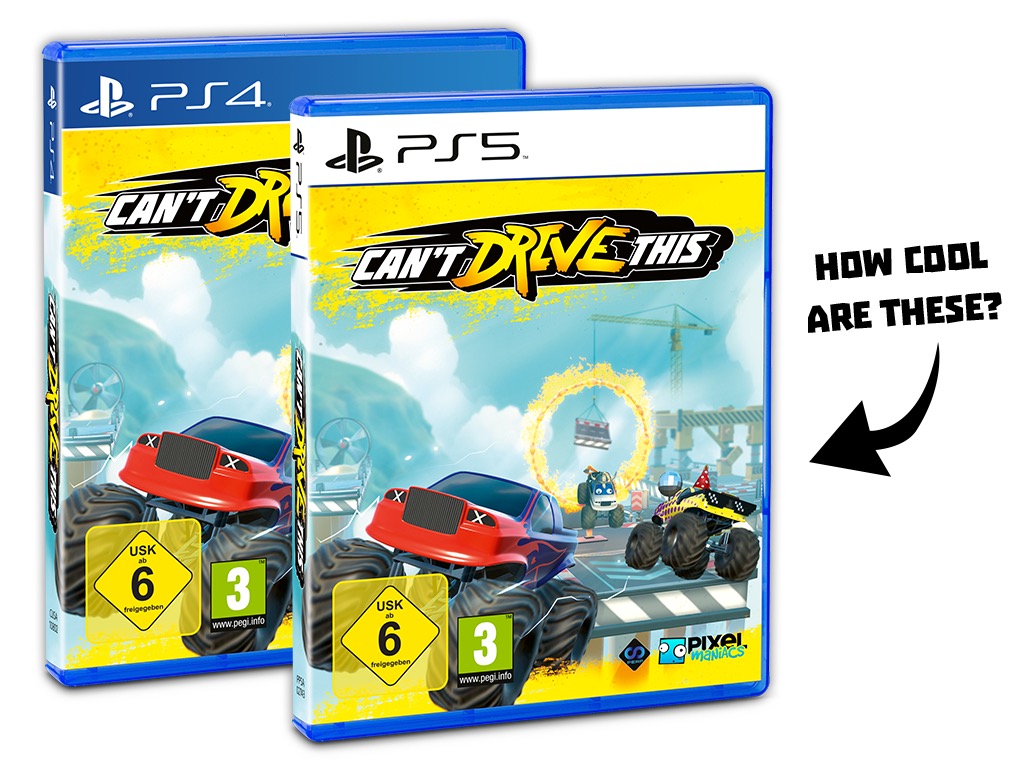 See you on the road!

With all that said, I want to thank you for reading this all the way to the end. Or at least for scrolling to the end, and reading this last paragraph. I know this isn’t an award show, but before I head out, I’d also like to take a second to thank our amazing partners at FFF Bayern who helped fund the game (it wouldn’t have been possible without you), and our community for not giving up on us. Also big thanks to our friends at Massive Miniteam for helping with the PS5 version.

If you have any questions at all, I’ll be floating around the comments section. Thanks again for taking the time, and we’ll see you on March 19!

Take care, and lots of fun from the whole team! STAY SPEEDY, FRIENDS!