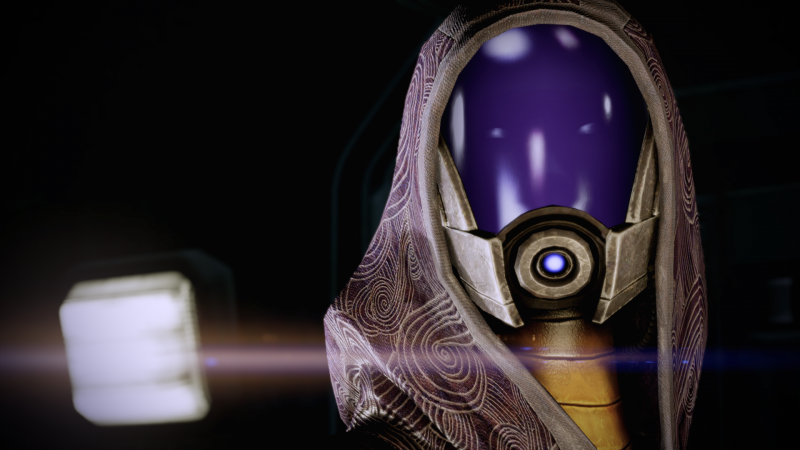 The Mass Effect Legendary Edition is out now and so many of our readers have been sharing with us their Commander Shepards. While many newcomers are joining the Normandy for the first time, veterans of the franchise are loving exploring what's new in this familiar universe. If you were a fan of the original trilogy, you probably remember the conversation that centered around the very badly photoshopped Tali photo in Shepard's cabin. While we still don't get to see this mysterious Quarian's face in a cut scene like we'd like, we do at least have an updated photo for those that romanced this little cutie.

For those that may be unfamiliar, Quarians are a race of alien beings that are forced to wear bodysuits that are completely enclosed due to weakened immune systems following a war with the Geth. The Geth are a race of AI built by the Quarians, a race that was slaughtered when they started to show signs of true intelligence. The war chased the Quarians from their homeworld, forever changing their daily lives and even determining being able to be seen with their true faces not hidden beneath a helmet.

If a Male Shepard romances Tali, the only Quarian squadmate, he can see her face in the Love Interest scene in Mass Effect 2 (and again in Mass Effect 3 planet-side), but the player is still left in the dark. Shepard's romance option will be displayed in their cabin with a small photo, Tali included. Everyone looked in line with their character models except for the Quarian. Tali got a really badly edited stock photo as her tribute, something that was sad and honestly hilarious at the same time. Luckily, the remaster fixed more than the Mako controls and the uglies of Mass Effect 1, it also gave Tali a real face. While not a full reveal, it is at least something. You can see the updated portrait below, showing an actual Tali sans face covering, courtesy of Maxgoods on Reddit: 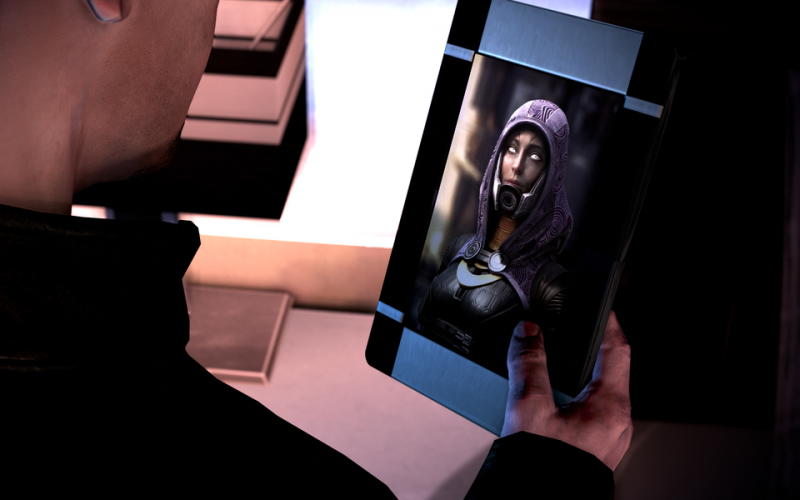 While we were reviewing the remaster, Kim and I took two paths. She played FemShep for the official review, and I provided backup as MaleShep. This time around, playthrough number 32 now in the books, I romanced Jack (sorry, Tali, we had fun though in the past!) so I didn't see the image. From the looks of it though in the above screenshot, this is a massive improvement because the other one was just ... not good. For those curious, you can see the original here.

To learn more about Mass Effect, check out our dedicated hub here, including exclusive interviews with the team, gameplay, and a ton of community love!