Representative Alexandria Ocasio-Cortez (AOC) said the Biden administration’s immigration policies are “wrong” and “inhumane,” but said they were inherited from a cycle started by former President George W. Bush.

Her comments came during an interview with MSNBC’s Chris Hayes Tuesday evening.

Hayes played a recent clip of Vice President Kamala Harris speaking during her first international trip to Guatemala where she urged migrants not to make the “dangerous trek” to the southern border.

“I think the issue here, and first of all, I think this is not just about the vice president. This is about the Biden administration’s immigration policy writ large is not working,” she replied. “It’s wrong, and it’s inhumane.”

That said, it’s not necessarily solely Biden’s fault, as she claimed the border crisis was a creation of a previous administration and carried forward to today.

“It’s rooted — and he inherited it,” she continued. “But frankly, this was also a problem not just inherited by Donald Trump, but inherited by Barack Obama, all the way back to the creation of DHS and ICE under George Bush.”

DHS and ICE were created in the wake of the 9/11 attacks. 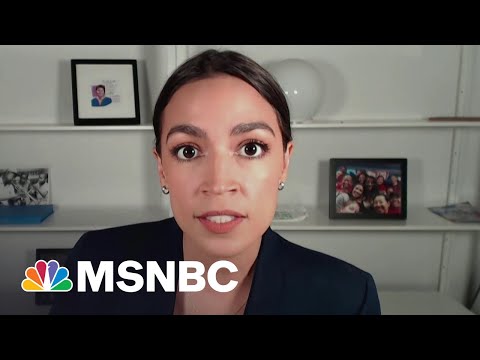 RELATED: Kamala Harris Snaps After Being Called Out For Not Visiting Border: ‘I Haven’t Been To Europe’ Either

Ocasio-Cortez’s (AOC) comments are a response to Harris urging illegal immigrants to not come to the border as she has been placed in charge of finding the “root causes” of a surge that has led to the current humanitarian crisis.

“I want to emphasize that the goal of our work is to help Guatemalans find hope at home,” Harris said during a press conference alongside Guatemalan President Alejandro Giammattei.

“At the same time I want to be clear to folks in this region who are thinking about making the dangerous trek to the United States-Mexico border — do not come, do not come,” she added.

“I want to be clear to folks in this region who are thinking about making that dangerous trek to the United States-Mexico border: Do not come. Do not come.”

Harris also downplayed visiting the border to see the crisis for herself, suggesting it would amount to little more than a “grand gesture” and snapping at NBC host Lester Holt when he pointed out she hasn’t been there yet.

“And I haven’t been to Europe,” she fired back. “And I mean, I don’t understand the point that you’re making.”

Harris has since said she would, in fact, make a trip to the border, though she did not provide specifics.

Cringe. Kamala Harris doesn’t get it.

Holt: “Do you have any plans to visit the border?”

Holt: “YOU haven’t been to the border.”

Harris: “…..and I haven’t been to Europe. I don’t understand the point you’re making.” pic.twitter.com/fFXMf8X0b6

Ocasio-Cortez, meanwhile, had a very direct point for Harris regarding the comments.

AOC, aside from calling the Biden administration’s immigration policies “inhumane,” blasted the Vice President for telling illegal immigrants not to come to the United States.

“This seems like almost a precursor to say — in saying that we are going to allege that you are coming to this country illegally, when seeking asylum on our border is, in fact, legal, and use that to pre-date any violence that we are willing to inflict on immigrants as a deterrent,” she added.

The New York Democrat again couched her statements saying such actions were taking place during both the Trump and Obama administrations as well. 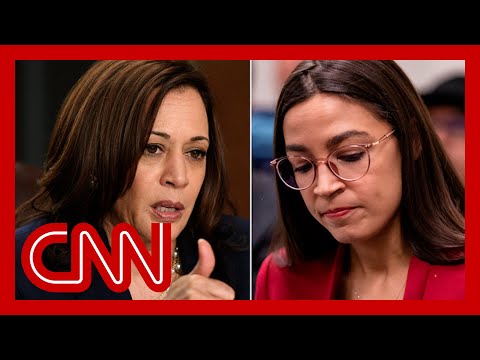 AOC, in a series of tweets, continued attacking the ‘inhumane’ immigration policies of the Biden administration, and labeled Harris’ comments as “disappointing to see.”

“First, seeking asylum at any US border is a 100% legal method of arrival,” she insisted, prior to blaming America for the crisis.

“Second, the US spent decades contributing to regime change and destabilization in Latin America,” AOC added. “We can’t help set someone’s house on fire and then blame them for fleeing.”

This is disappointing to see.

First, seeking asylum at any US border is a 100% legal method of arrival.

Second, the US spent decades contributing to regime change and destabilization in Latin America. We can’t help set someone’s house on fire and then blame them for fleeing. https://t.co/vADyh5H0bw

“We asked the United States government to send more of a clear message to prevent more people from leaving,” Giammattei insisted.