Is Bill Maher The Best Liberal? Watch Him Rip Americans For Being ‘Too P.C., Too Sensitive’

Comedians usually are the ones who have the guts to say out loud what the rest of us are thinking, and liberal Bill Maher has led the way in recent years.

In an interview with ExtraTV, once again, Maher did not hold back, blasting Americans for being “too politically correct, too sensitive.”

It is probably a safe bet that most conservatives could not agree more. But agreeing with Bill Maher, at least for conservatives, has become one of those things they never thought would happen.

Chalk it up to age, or evolution, but Bill Maher is making a lot of sense to a lot of people.

And just as often as not, the topic of Maher’s ire is American liberals. Political correctness has been a favorite punching bag of his for some time now.

Bill Maher Criticizes Americans For Being 'Too Politically Correct' And Sensitive. Everyone Needs To Hear His Message https://t.co/TLAa2u75DJ

RELATED: Mitch McConnell: Get Vaccinated Or Lockdowns Are Coming Back – It’s ‘Not Complicated’

As Maher was being interviewed in Las Vegas, home of excess and being over the top, he commented, “This country needs Vegas more than ever. It needs a place like this. Everybody should come here and get the stick out of their you-know-what.”

He continued, “being too critical, too self-assured, too righteous can come back and bite you in the ass.” In a nutshell, Maher described younger generations of people – particularly those we consider to be Millennial snowflakes.

Instead of complaining about them though, maybe we should ask how we got here? Why does it seem that an entire generation is not happy unless they are offended and outraged by something?

And what does that say about us?

I think it’s scaring him

RELATED: Biden Gushes Over CNN’s Don Lemon – ‘One Of The Most Informed Journalists In The Country’

Not The First Time Maher Has Called Out The Younger Generation

Back in April, on his show “Real Time With Bill Maher,” he blasted younger people who hold views like defund the police, or thinking socialism is somehow cool.

He called them “gullible” for wanting to cancel the Founding Fathers and other influential people throughout American history.

Maher also called out Millennials and Gen-Zers for dismissing the wisdom of their elders:

“This is the only country in the world dumb enough not to get this most basic, intuitive, obvious, ‘file-it-under-duh’ concept: that if, as they say, you learn something new every day, it stands to reason someone who’s logged 10,000 more days is going to be, in general, wiser.”

This concept of dissing older people begs yet another question. Why are those that might have an active brain cell or two in their head letting these people make the rules?

If they have not had enough life experiences to know anything, how do they know what the rules should be?

RELATED: ‘The View’ Cohosts Demand ID Be Required To Use Social Media – ‘A Terrific Idea’

Young Progressives Not Sure When History Actually Began

Bill Maher has accused younger people and others who he may be more politically-aligned with of suffering from “progressophobia.”

This is an actual term coined by psychologist Steven Pinker to describe liberals and progressives who are incapable of seeing any forward movement in America on social and cultural issues.

For those afflicted with progressophobia, it is perpetually the antebellum era. Maher has also addressed the problem of Millennials and Gen-Zers not having any frame of reference to history prior to their birth.

The cause of this may have more to do with the failure of the educational system to teach actual history. Not 1619 “history,” real live 1776 history.

One big important thing the youngsters are missing by not paying attention to the old folks: if you don’t learn the real history, you might repeat it, and all of your hard work showing people what racist, sexist, bigoted homophobes they are, and how you are so much more attuned to those evils than they are, will be for naught.

What Happened To Comedy?

If the youngsters did take time out from cancelling each other, they might hear about a guy named Don Rickles. Rickles personified insult comedy, and became a legend for doing so.

But in today’s toxic environment of conform or else, Rickles would be cancelled in 30 seconds.

In 2015, Jerry Seinfeld told ESPN Radio that he and other comedians avoid doing shows on college campuses. He said, “[The younger generation] just want to use these words. That’s racist, that’s sexist, that’s prejudice.’ They don’t even know what they’re talking about.”

Bill Maher and others like him need to keep speaking out. It’s no accident that there are no irreverent shows like “Seinfeld” anymore. And don’t even think about such things as “All In The Family” or “Blazing Saddles.”

If you are under 30, such mean, politically-incorrect entertainment will surely scar you for life. 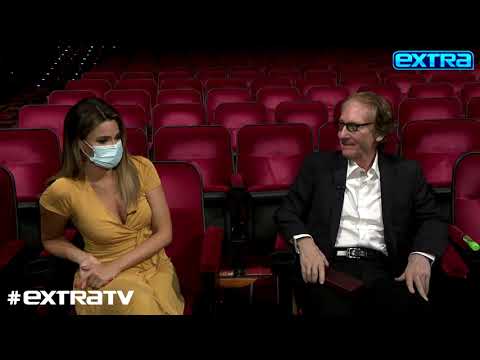 The post Is Bill Maher The Best Liberal? Watch Him Rip Americans For Being ‘Too P.C., Too Sensitive’ appeared first on The Political Insider.