Floyd
May 10 edited May 10 in Cars Motorcycles 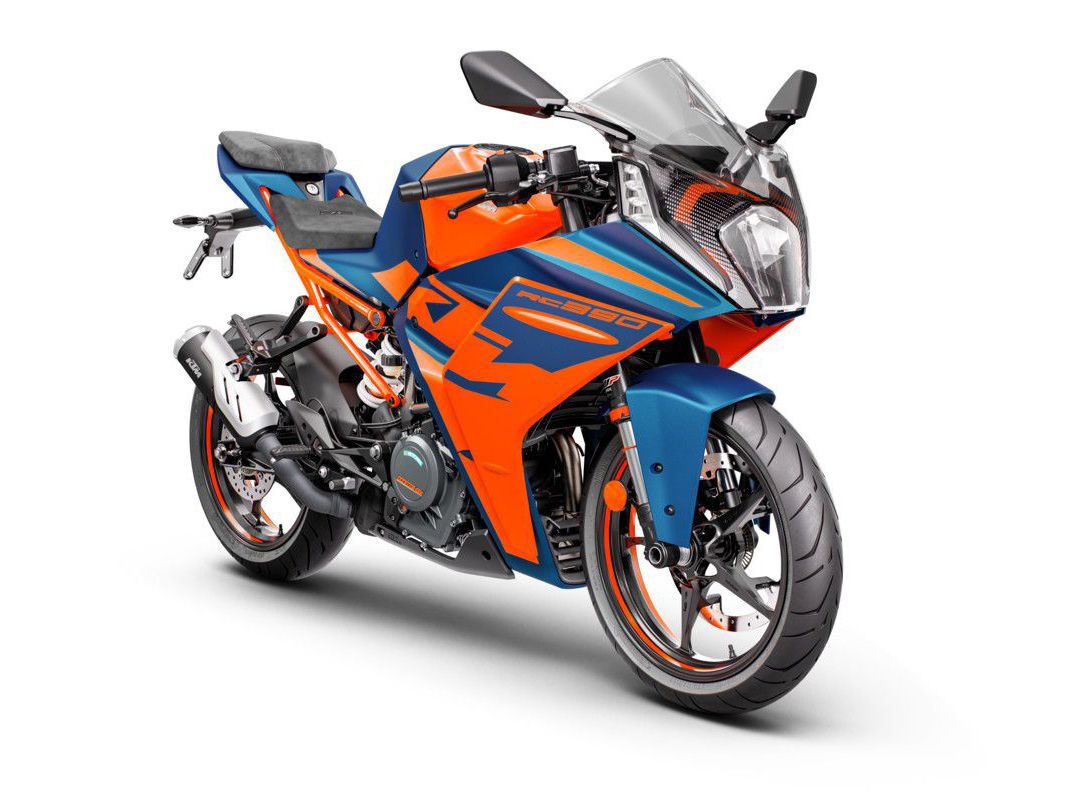 Big updates were made to KTM’s 2022 RC 390, making an already impressive bike better, and leaving the competition in its dust. (KTM/)

You’ve gotta start somewhere and KTM’s 2022 RC 390 is as cool as any entry-level sportbike that has ever existed. It doesn’t matter if you’re an aspiring young racer, a trackday enthusiast, or an everyday rider looking for a practical and fun streetbike, the RC 390 delivers at a very reasonable price considering the top-notch features and specs. Updates to the brand-new 2022 model put this bike a clear step above the competition. 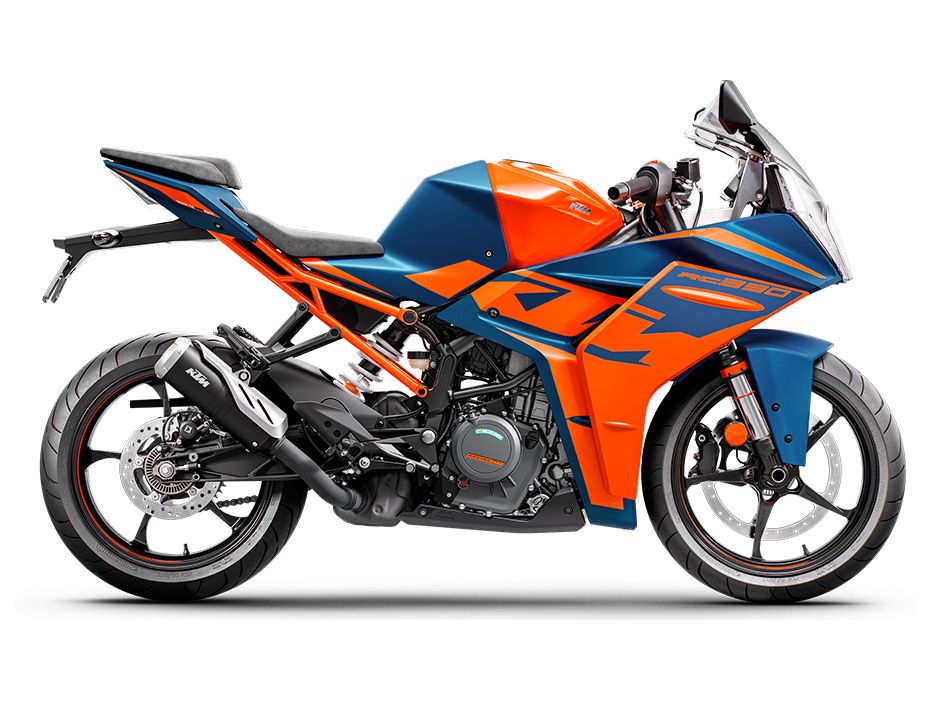 Notice the 2022 RC 390’s wheels, which KTM claims save 7.5 pounds of unsprung weight. An additional 3.3 pounds were saved by the updated frame. (KTM/)

KTM has been promoting young racers and riders for a long time. From motocross to roadracing, the Austrian company has put its money where its mouth is through programs like the Red Bull Rookies Cup, which has graduated numerous riders to the very top racing series in the world, the MotoGP World Championship. As domestic racing series around the world developed entry-level classes for upcoming racers, like MotoAmerica’s Junior Cup, KTM was there with its RC 390.

Not only has the RC 390 been a mainstay at the track since 2014, but it’s also made for one heck of a fun entry-level streetbike. For 2022, the RC 390 received a whole host of upgrades to the chassis, engine, and electronics, including a first-in-class three-directional IMU that allows lean-sensitive traction control and ABS.

Everything that could be refined on the chassis to reduce weight has been looked at and pared down. Upgraded chassis components improve handling and performance both on and off the track. Meanwhile, minor tweaks to the engine slightly improve output and offer better response and performance. New bodywork and styling is inspired by KTM’s RC16 MotoGP machine.

While the RC 390 went largely unchanged since being introduced back in 2014, the 2022 model has been significantly updated. The new bodywork stands out, especially the windscreen/upper fairing with integrated running lights and turn signals. Aerodynamics defined most of the changes to the bodywork, with lessons learned in Moto3, Moto2, and MotoGP.

The chassis includes a new ultra-lightweight frame that is 3.3 pounds lighter than the previous-gen model. A redesigned, bolt-on subframe houses a thicker seat pad for both rider and passenger. A new-for-’22 43mm WP Apex inverted cartridge fork has provisions for compression and rebound damping (with 30 clicks each), while a new WP Apex shock has spring preload and rebound adjustability.

Upgraded brakes include a ByBre (Brembo’s entry-level brand) four-piston caliper chomping on a single 320mm disc that bolts directly onto the wheel’s spokes up front, and a single-piston caliper and 230mm rotor on the rear. The lean-sensitive ABS allows the rear antilock to be disabled with its Supermoto mode to help aspiring racers “back it in” into the corner. Meanwhile, the new open hub wheels are a staggering 7.5 pounds lighter than before, drastically reducing unsprung rotating mass. 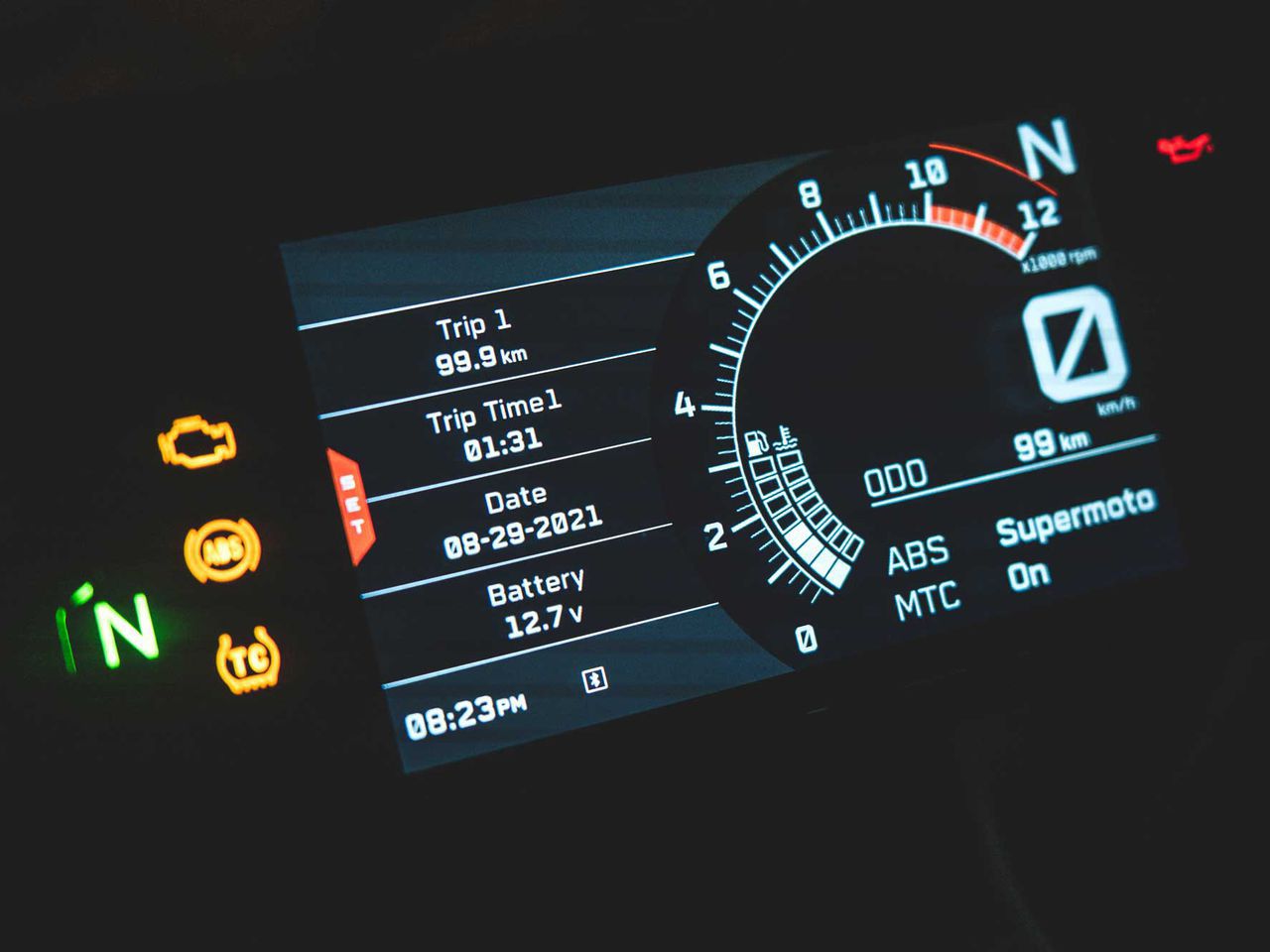 While the font could be larger, everything else about the RC 390’s TFT display makes it easy to see and navigate while on the road. (KTM/)

The real improvements lie in the ride-by-wire system, which opened the door to lean-sensitive traction control, improved engine mapping, and an available Quickshifter+ option. A new exhaust features a stainless steel header routed back to an aluminum silencer. The engine is also fitted with a PASC slipper clutch that is very light in engagement at the bar.

A brand-new TFT dash is bright and self-adapting to light conditions, so you can always get the info you need when riding. Meanwhile, a bigger 3.6-gallon fuel tank improves range.

The RC 390 is priced at a very competitive $5,799 and is available in two color options, which again hint at the bike’s MotoGP inspirations; the orange/black is reminiscent of the Tech3 KTM machinery, while the even sleeker orange/blue reminds you of the Red Bull KTM Factory Racing MotoGP colors. 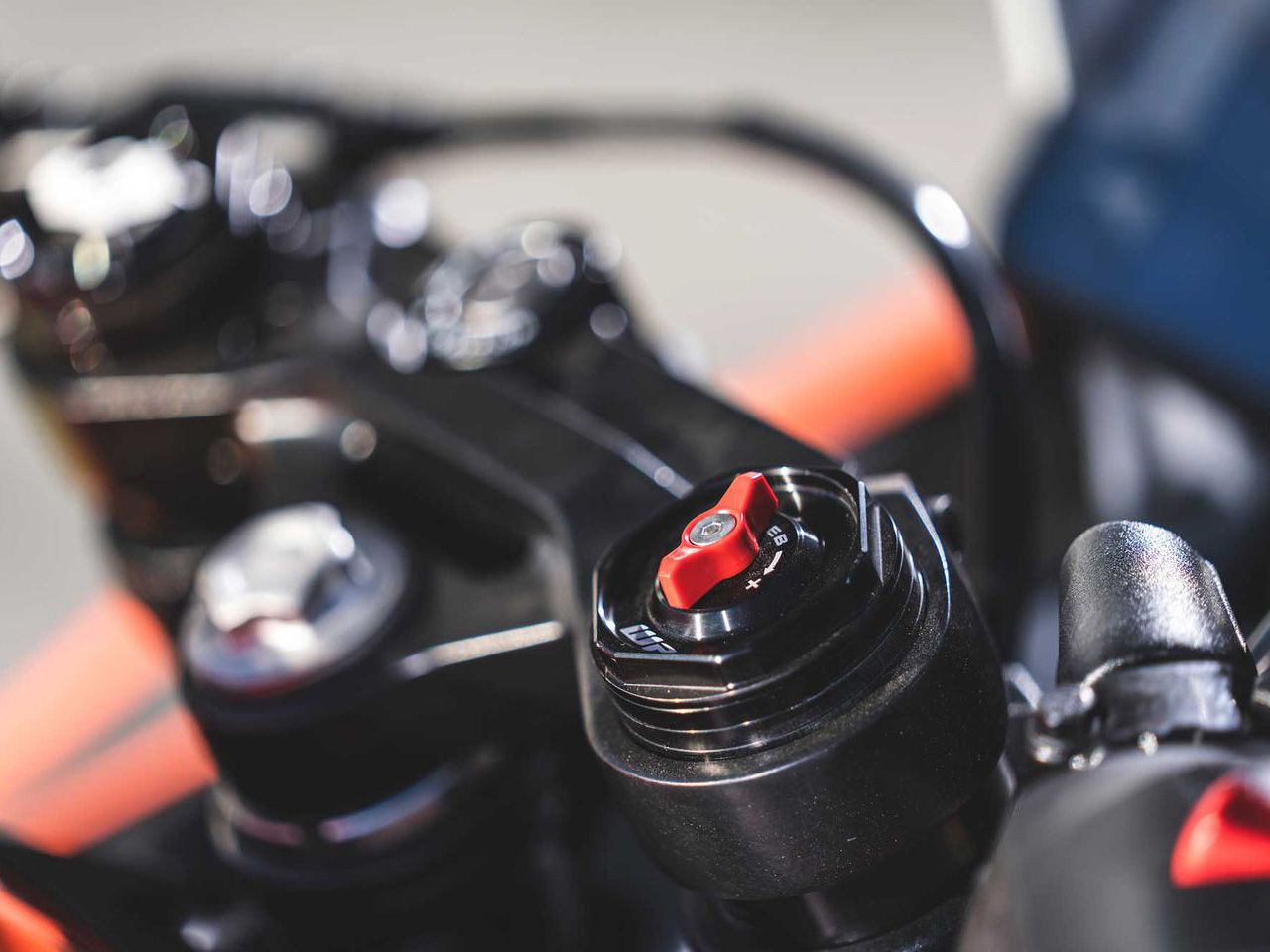 The RC 390’s WP suspension does a good job of providing a plush ride on the street, while offering just enough support on the racetrack. It’s also easy to adjust based on rider needs, which may be the case for riders over 175 pounds. (KTM/)

At the very top of the list are the bikes that the RC 390 regularly competes against on the racetrack, namely the $5,299 Yamaha YZF-R3, and the $5,199 to $5,799 Kawasaki Ninja 400. Those not so interested in a plastic-wrapped sportbike might think about the similarly sized Yamaha MT-03, KTM’s own 390 Duke, Kawasaki’s Z400, or BMW’s G 310 R, all of which are naked, small-displacement sportbikes.

As previously mentioned, the liquid-cooled 373cc DOHC single-cylinder engine gets a few tweaks for 2022, but is very similar to the previous-generation powerplant. The engine impresses with its friendly character, even if the lightweight supersport sounds a bit strangled at low revs through the factory exhaust system.

Below 6,000 rpm, the single-cylinder pulls easily and fuels cleanly, and there’s a very connected feel thanks to the well-tuned ride-by-wire throttle, which offers a throttle response that’s centuries ahead of past single-cylinder engines. True, the RC 390 doesn’t pack a huge amount of power to play with, but that’s exactly what makes the bike so dang entertaining.

The superb ride quality and feel from the WP Apex suspension makes for a plush ride on the road, even if it is slightly soft at the rear when the rider weighs north of 175 pounds. In a test of the 2022 RC 390, Cycle World added, “Damping and preload adjustments are quick and easy thanks to the provided tools underneath the seat and take a few seconds on the side of the road. Those adjustments are immediately apparent and representative of the high-quality components fitted to the RC; this isn’t something typical of budget-conscious machines.”

The RC 390 is very agile thanks in part to the weight savings for 2022. Only minimal input is required to make steering corrections and dart through traffic as needed.

The increased stopping power of the ByBre components is welcomed at the racetrack, and the ABS performs exceptionally, only intervening when needed. Supermoto ABS, which allows for rear-wheel lift, is the preferred setting at the track.

Average fuel economy is not available at this time.

Designed for track and sport riding, the RC 390 gets an aggressive riding position, and yet the bike is still surprisingly comfortable on the street thanks to clip-on handlebars with a modest rise. A new seat is thicker and has an improved profile for better comfort. Topping the list of electronics is the new ride-by-wire system that utilizes an inertial measurement unit to optimize the Motorcycle Traction Control system with lean-sensitive intervention. Cornering ABS, which takes lean angle into account when braking, adds an extra level of safety as well.

Another feature of the braking system is the Supermoto ABS mode, which deactivates the ABS to the rear wheel allowing the rider to slide the rear end into a corner, while also disabling rear-lift intervention and allowing hard braking even with the rear tire off the ground.

There is an optional Quickshifter+ system that allows clutchless up and downshifts. While the new TFT dash display provides all the info the rider needs about the bike’s various systems. While the RC 390 is an excellent bike for around-town riding, it’s hard to not have thoughts about heading to the track thanks to its superb handling and lively single-cylinder engine. (Casey Davis/)

It’s hard to argue with the fit-and-finish of the RC 390. KTM has done a nice job of updating the bodywork without cutting any corners. While previous-generation RC 390 models were hindered by engine issues when taken to the track, the hope is that constant attention to the issues have put the current generation RC 390 in a better position.