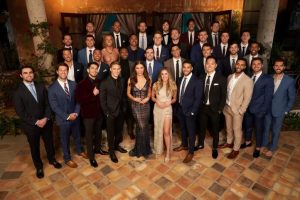 You think this show is ever gonna do two leads again? Uhhhhh, probably not. Yes, the show will change from episode 4 on since each have their own journey. And there won’t be any more focus on competition and what not. Even Logan makes his feelings known and essentially has Rachel’s blessing to switch to Gabby, which she accepts. But just the overall vibe so far this season is that people hate how it’s been shown. Can’t say I disagree. I get that they always focus on drama early on, and then later in the show is where you see more serious relationships, but having your leads constantly crying in episodes 2 and 3 because of how they feel they’re being treated by the guys, and the situations they’ve been put in, is not a good look. And also lets face it, Gabby and Rachel both know production is at the center of all of this, but they can’t call that out. They’re being paid to be the leads of this show. You have to … Continue reading →