AB GROUP – its transparency with the new “Sustainable Lobbying”

Floyd
May 17 edited May 17 in Other Political Debate

AB Group is an Italian company active for years in the consultancy, lobbying and communication sector, born from the intuition of Alessandro Bertoldi, founder and CEO. He is the former President of Publigroup Italy and Executive Director of the Milton Friedman Institute.

The company is a national and international leader in the field of public relations management in Italy. In addition to communication for companies, AB Group has dealt with the management of election campaigns throughout the country both for political races and referendum consultations, as well as election monitoring missions in various countries around the world.

Since 2017, Alessandro Bertoldi has been registered in the list of interest representatives, established at the Chamber of Deputies in Roma.

What contributed to AB Group’s success in the lobbying sector was the innovative approach adopted by the company itself. 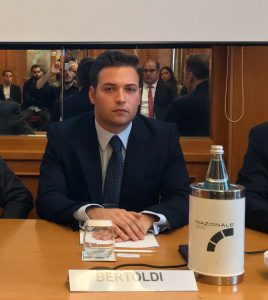 “Compared to our competitors” – Bertoldi explains – “we have made transparency our workhorse. Lobbying is not a regulated sector in Italy and it’s very often resented by a large part of the Italian public opinion. This is due to the many violations of the law perpetrated by colleagues in the past, which heavily intruded in the political sphere.

Our strength lies in this: we not only deal directly with the decision maker, with the political or government representative, who has total autonomy in making decisions, but we work on public opinion itself. Convincing people of the value of a project or initiative is much easier and more transparent than putting pressure on decision makers. After convincing the public opinion, the public servant will be the one following the electorate”.

Thus AB Group succeeded, through what was its starter core business – the care of corporate communication – in developing a new way of understanding lobbying, which can be defined as “sustainable” and indirect lobbying. 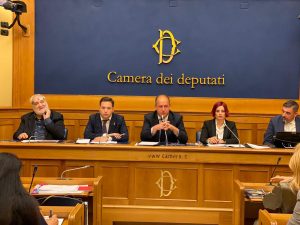 Bertoldi clarifies: “precisely through this activity of persuading the public we have managed to radically change, for example, the public perception of the regulation of the gambling sector. When some companies in the sector, exasperated by the continuous regulations afflicting the industry, turned to us, we developed a communication project aimed at explaining to the public many of the valid reasons why that sector could not be subject to further restrictions:

Firstly the risk of encouraging the growth of new forms of illegal gambling, controlled by organized crime. The result was amazing: within a few years, with conferences and initiatives in the area, public opinion changed, understanding the importance of the sector and the Italian government finally developed an overall, less sanctioning, regulatory system” .

Today AB Group is present directly or through its commercial partners in various countries in the world, from Spain to Russia, to South America, and is also expanding in the field of International Relations both in the field of public relations and in the internationalization of companies.

In this regard, AB Group with the Friedman Institute has recently organized several meetings between institutions from different countries, in order to obtain an improvement in political and commercial relations between distant realities.

The results were significant: “Thanks to our network and the international experiences acquired by our consultants, our partners and the institutional relationships established in various countries, we are able to fully support italian companies in the world and foreign companies in Italy. In addition to this, more and more public institutions are asking for our help in organizing public meetings with the international counterparts. For example, we accompanied the Libyan government delegation to Italy in order to discuss the solution of the geopolitical crisis currently underway.

Furthermore, in this field, we never forget the importance of involving the citizens, who are led to understand the reasons behind our initiatives. This is why we always listen to the public through constant surveys and publications.

What fills us with satisfaction is not so much the economic success of our business, but the fact that our intuition has been understood and that it is now increasingly being applied by other colleagues with a view to transparency. This means that we have proposed and launched an appreciated model for the future.”

During the COVID-19 emergency, AB Group also made itself available to companies and institutions with its partners and relationships in Europe, to help find personal protective equipment and other products to fight the health and social emergency in progress.