Yesterday evening (26 August), European Trade Commissioner Phil Hogan tendered his resignation following several days of speculation. Hogan had breached Ireland’s COVID-19 regulations and there appeared to be errors in his initial record of events in Ireland. Hogan wrote that events in Ireland had become a distraction and could undermine important work in the weeks to come.

European Commission President Ursula von der Leyen issued her response swiftly, thanking Hogan for his work as trade commissioner and for his successful term as agriculture commissioner in the previous Commission, the Juncker Commission. She described him as a valuable and respected member of the College of Commissioners. 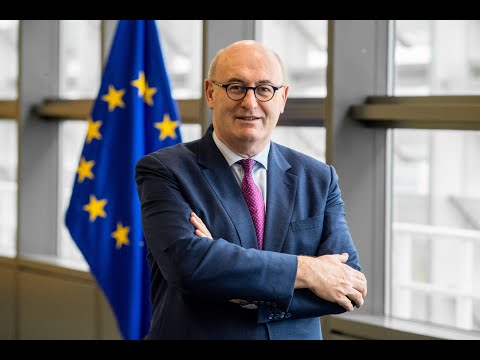 In a further statement this morning (27 August), von der Leyen said she was very grateful to Phil Hogan for his tireless and successful work as a commissioner and as a member of the college. She said that members of the college had to be particularly vigilant about compliance with applicable national or regional rules or recommendations on COVID.

It is now up to the Irish government to present suitable candidates for commissioner. Von der Leyen said: “As in the past, I will invite the Irish government to propose a woman and a man. Executive Vice President Valdis Dombrovskis will assume as interim responsibilities for trade matters. And at a later stage, I will decide on the final allocation of portfolios in the College of Commissioners.”

There is much speculation about who the Irish will propose. The current Irish government is a coalition of Fianna Fail and Fine Gael, two broadly centre-right parties; some speculate that the delicate balance between the parties in their agreement will mean that the next candidate must be from the Fine Gael party. Names that have been suggested for possible Commissioner include: Simon Coveney – former Tanaiste and minister for foreign affairs, Mairead McGuinness MEP – currently a vice president in the European Parliament and an excellent communicator, Frances Fitzgerald MEP – again a former Tanaiste and more recently an MEP. Coveney would have to give up his seat in Ireland which would lead to a byelection, and the government may not want to take this risk.

Another candidate who has been speculated over is David O’Sullivan, who is a widely respected European civil servant who has served in nearly every major post: chief operating officer of the European External Action Service, secretary general and perhaps most importantly director general for trade (five years) and Ambassador of the European Union to the United States (2014 – 2019). He might be the only candidate who can offer the possibility of maintaining the much-prized post of trade commissioner.

Hogan said he deeply regretted his trip to Ireland and the “concern, unease and upset” his actions had caused. He wrote that he believed that he had complied with all public health guidelines adding: “The Irish people have made incredible efforts to contain the coronavirus, and the European Commission will continue to support you, and all EU member states, in defeating this terrible pandemic.”

Hogan stated that it had been the honour of his life to serve as European commissioner and described the European Union as “our shared continent’s crowning achievement: a force for peace and prosperity the likes of which the world has never seen. I also believe that Ireland’s destiny is deeply European, and that our small, proud, open nation will continue to play an inspiring and proactive role at the heart of the EU.”

He pointed out in his statement that he had been “centrally” involved in Brexit discussions from the outset. He hoped that EU member states, with Ireland at their vanguard, and the UK, can overcome their differences and work together to reach a fair, mutually beneficial and sustainable trade deal in future. 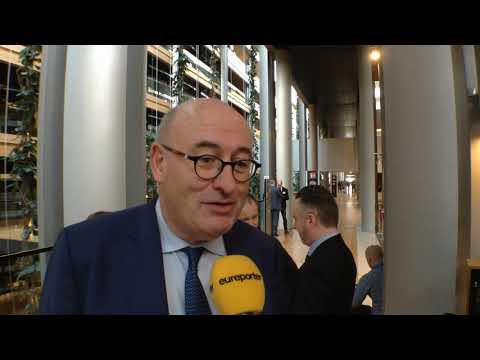