Floyd
April 2016 edited April 2016 in Other Political Debate
(Reproduced verbatim from the Cover Story of ezine PreSense April 2015 edition)
With the 125th birth anniversary of Babasaheb Dr Bhimrao Ramji Ambedkar (1891–1956) happening this year, we remember him as yet another legend forgotten in the annals of Indian history. He was the architect of the Indian Constitution, which has stood the test of time, braving various challenges of Indian politics and governance. He was a great philosopher, economist, lawyer, political activist and social reformer.
His Early Days - No Peon, No Water
Bhimrao Ramji Sakpal Ambavadekar (later Dr Bhimrao Ramji Ambedkar) was born to a Maratha family, as the 14thchild to his parents.  His community was considered ‘untouchable’ in the society.  As a school student, he underwent much humiliation due to this social practice of caste discrimination.  It is distressing to read about his personal experience because of ‘untouchability’ prevailing then.

While in the school, I knew that children of the touchable classes, when they felt thirsty, could go out to the water tap, open it, and quench their thirst. All that was necessary was the permission of the teacher. But my position was separate. I could not touch the tap; and unless it was opened for it by a touchable person, it was not possible for me to quench my thirst. In my case the permission of the teacher was not enough. The presence of the school peon was necessary, for he was the only person whom the class teacher could use for such a purpose. If the peon was not available, I had to go without water. The situation can be summed up in the statement—no peon, no water.

Unquote
Mahadev Ambedkar, his Brahmin teacher was sympathetic towards him and supported him. He changed his original name in the school records from ‘Bhimrao Ramji Sakpal Ambavadekar’ to ‘Bhimrao Ramji Ambedkar’, adding his own surname of Ambedkar.
With his father’s encouragement, Dr Ambedkar completed his graduation in Bombay. Although he was opposed to ‘Manu Smriti’, his writings reveal his deep knowledge of the ancient scriptures, Vedas and the Upanishads.  Even in the Constituent Assembly, he favoured Sanskrit as the national language, although it was not accepted by the majority.
Support from the Baroda Ruler 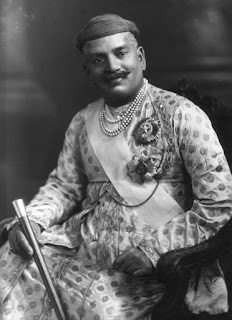 While all the modern historians argued in favour of the Aryan theory, he wrote that there was no race by that name. He also said that the theory that Aryans invaded India through Khyber Pass was false.
He openly criticised Mahatma Gandhi on various issues and even wrote a book titled ‘What Congress and Gandhi have done to the untouchables’. In response to this book, Rajaji and K Santhanam wrote a book ‘Ambedkar refuted’, defending Mahatma Gandhi.
Forgotten Legend
There could be several people who had differences of opinion with Dr Ambedkar.  But no one can deny the fact that Dr Ambedkar formed his views, based on his own experiences and despite the harassment he faced in the society.  But for this legendary personality, India would not have got the time-tested and the much-acclaimed Constitution.  Due to various reasons, he was not fairly recognised in the past by the Government and by the society.  In 1990, he was conferred the Bharat Ratna Award posthumously, under pressure from political parties.
In response to an RTI activist, Rusen Kumar (Raipur), Ministry of Information and Broadcasting disclosed recently that a documentary film on Dr Ambedkar made by the Government of India and Government of Maharashtra 14 years ago, is yet to be telecast through Doordarshan for public viewing.
The Indian society little supported the architect of Modern India when he was alive.  It is time to stand up and salute him for his exemplary contribution to Modern India because although Dr Ambedkar was an ‘exclusive member’, belonging to the ‘Depressed Class’, his lifelong work, activities and contribution were inclusive and to the benefit of the nation as a whole.
By K. Srinivasan, Editor in Chief
(With input from Periyasamy, Nandanar Trust)
Published in the April 2015 issue of ezine PreSense
www.prpoint.com/ezine/presense0415.pdf
Sign In or Register to comment.