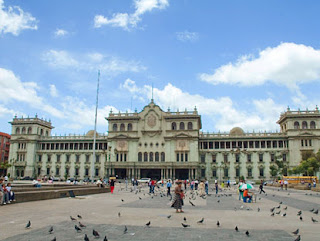 On Monday, President Morales and his administration announced that they were ending the CICIG experiment immediately, instead of September of this year. Morales is trying to shut down an institution that is investigating him, his family, and party. There is no reason to believe that Morales is acting out of anything but self-interest. I spoke with the Guardian yesterday about what is going on.