How Bots Could Ruin Games Forever 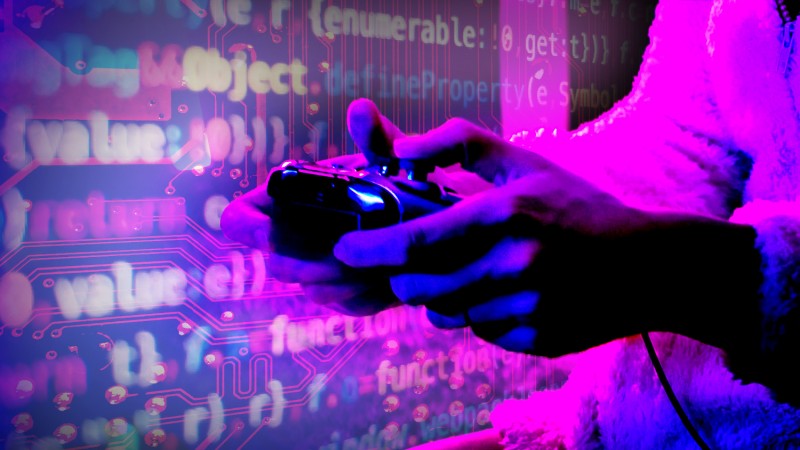 What’s scarier than monsters, ghosts, and things that go bump in the night? We’ve all seen bots in games by now. I don’t mean players setting up systems to run to farm crafting materials in predictable routes or to play cards in a set order; I’m talking about bots designed by developers. Now, you might be saying to yourself, “What’s wrong with bots?” Bots can fill lobbies to make sure games can launch, they can make matchmaking take a lot less time, and hey, it's always fun shooting down an automated opponent and getting a free kill in a field with dozens of human opponents running around. But there’s a lot more to these innocuous A.I. additions, and they have implications for all kinds of multiplayer experiences. With the trends we’re seeing in data acquisition, user privacy, and monetization models, bots are headed for dangerous implementation.

The Ghost In The Machine

On the surface, pairing up players with bots seems like a good thing. No one wants to wait more than a few seconds to find a match, whether it’s in an online shooter lobby or a mobile card battler. Beating up on bots might not seem like an issue, even if it’s changing your rating, ranking, or other parameters over time. Depending on the game, you may not even be aware your opponent is a bot. Maybe a bot is your sole opponent, or perhaps the game can field many bots, but the takeaway is that the developer can tweak the challenge (or lack thereof) directly by bot prescience. While adjusting the difficulty in this fashion may seem harmless, it becomes a sketchy proposition as we dive in.

Consider a game that has tiers, unlocks, and monetization based around winning. Would you be more likely to make a purchase if you were defeated by a new titan unit added to a battle game? What if you lost to it three times in a row, and then an in-game ad for a titan pack plays on your screen with a cute little jingle? What if that ad inspires you to purchase the hot new unit? What if the games knows you bought the unit, so it matches you up against bots (which it knows you can beat) to give you several easy victories?

In that scenario, your mind would undoubtedly link these wins with your recent purchase. And that purchase would be tied to happy feelings, big victories, and good associations. When it’s “working,” all this stuff potentially happens without the user even knowing, and that could be a massive issue. It is not really a competitive game when the matchmaking tool is only moving you from one session to the next by prioritizing 1) keeping you playing, and 2) putting you into situations and scenarios where you’re more likely to make a purchase. While this doesn't apply to every game or situation, the impact that these dial-turning options can have on your play experience is alarming.

I Feel Good! So Good!

In addition to the terrifying scenario where you’re playing against non-entities in a constant string of value propositions where the goal is to squirt dopamine into your brain and link purchases to feeling good, recent times have given us other bot concerns. It’s fairly commonplace for a game to pair you against nothing but bots for your first few matches; this has become ridiculously common in battle royales, especially mobile battle royales. They do not tell you this. Instead, the intent is to make you feel like you’re a god of the game on your first match. Whether you actually learn how to play or are good at the game are irrelevant factors.

Sure, you can make the case that the first few matches should be against bots so that the player doesn’t get killed in three seconds and delete the game forever. Engagement. Yeah, that makes sense. But they don’t tell you that you’re fighting bots, and people take screenshots of their epic wins and post them on Facebook, Twitter, Tiktok, Tinder… Okay, maybe not Tinder. This is a great way for these games to drive faux-organic interest; everyone posting an epic win against automated foes (who are designed to be beaten) becomes an unwitting product ambassador. It would be a lot better if the games told you that you were going to be playing against bots, but then where would the big win sensation come from?  And of course, after the bot games are over and you’re settled in, that’s when the real tinkering can be done.

Looking at how the system works, we need to examine how a game sets you up with X bots, Y players, and Z skill level of enemies. More specifically, how does it find the closest matching environment where you will still get that dopamine rush and the thrill of victorious moments but not letting you crush every game and get bored? In some respects, the science behind these algorithms is a precarious and horrifying tightrope. It’s trying to balance your games to keep you playing, keep you interested, and ultimately get you to make a purchase, whether that be cosmetic or functional. Utilizing this data to create a match may not play the song for you, but it assembles all the notes for the tune to happen. It’s a concept we used to be able to just call “fun factor,” but now it’s actual science based on billions upon billions of data points. Is it really playing a game if everything has already “played out” in a hypothetical algorithm the moment you press play? That’s a question we’ll have to answer as bots continue to become a bigger factor in multiplayer experiences – whether we know they’re there or not.

For more of my thoughts on the future of gaming, click here.