On Wednesday, Chairwoman of the Republican Party of Arizona, Dr. Kelli Ward, said that she was confident the election will “ultimately be decided in favor of President Donald J. Trump.”

The Arizona GOP has issued a lawsuit demanding a hand-count audit of votes by precinct, instead of by voting center, in Maricopa County.

“The Arizona Republican Party has a lawsuit about election integrity,” Ward said.

“And by the way, the Maricopa County Republican Party did make an issue of this,” Ward said. “They passed a resolution saying we need to vote by precincts all the way back in June before the primary — June of 2020.”

After threatening a lawsuit, the Republican Party of Arizona said in a statement last week, “There is a fundamental difference between sampling ‘polling centers’ and ‘precincts,’ most notable being the fact that there were only around 175 voting centers in this election but there were 748 precincts.”

BREAKING: This afternoon, the @AZGOP filed suit to enforce a hand count by precinct, not voting center, as required by law.

"Arizona voters deserve complete assurance that the law will be followed and that only legal votes will be counted." — Chairwoman @kelliwardaz pic.twitter.com/xzcqUT8jTc

For Ward, she wants to know if the the law, to count by precinct, “should that take second fiddle to an election procedures manual created and printed by one member of the executive branch —  Katie Hobbs, the Secretary of State who has called Trump supporters — remember — neo-Nazis.”

Ward said she still believes Trump has victory in sight.

“I’m going to tell you. I believe — I still do now, just as I did on election night — that this election will ultimately be decided in favor of President Donald J. Trump. Our 11 electoral votes will go to him,” Ward said.

Ward continued, “And we should not and will not ever allow mistakes, glitches, and other irregularities to become a partisan issue. We want full transparency and election integrity,” 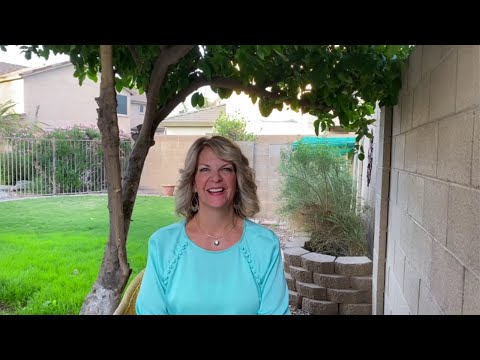 The Arizona GOP tweeted on Monday, “This Election is a JOKE. Glitches, upload errors, ballot dumps, and more…

“Arizona Congressmen @RepAndyBiggsAZ & @RepGosar explain why Americans want an Election Audit,” the tweet continued. “Count all LEGAL votes! Help us get it done.”

This Election is a JOKE.

Count all LEGAL votes! Help us get it done: https://t.co/gblNYbAHcg pic.twitter.com/35V36YYRVW

As of Wednesday, Democratic presidential nominee Joe Biden was only ahead of Trump by less than 10,400 votes.

The post Arizona GOP Chairwoman Kelli Ward: Election ‘Will Ultimately Be Decided In Favor Of President Trump’ appeared first on The Political Insider.