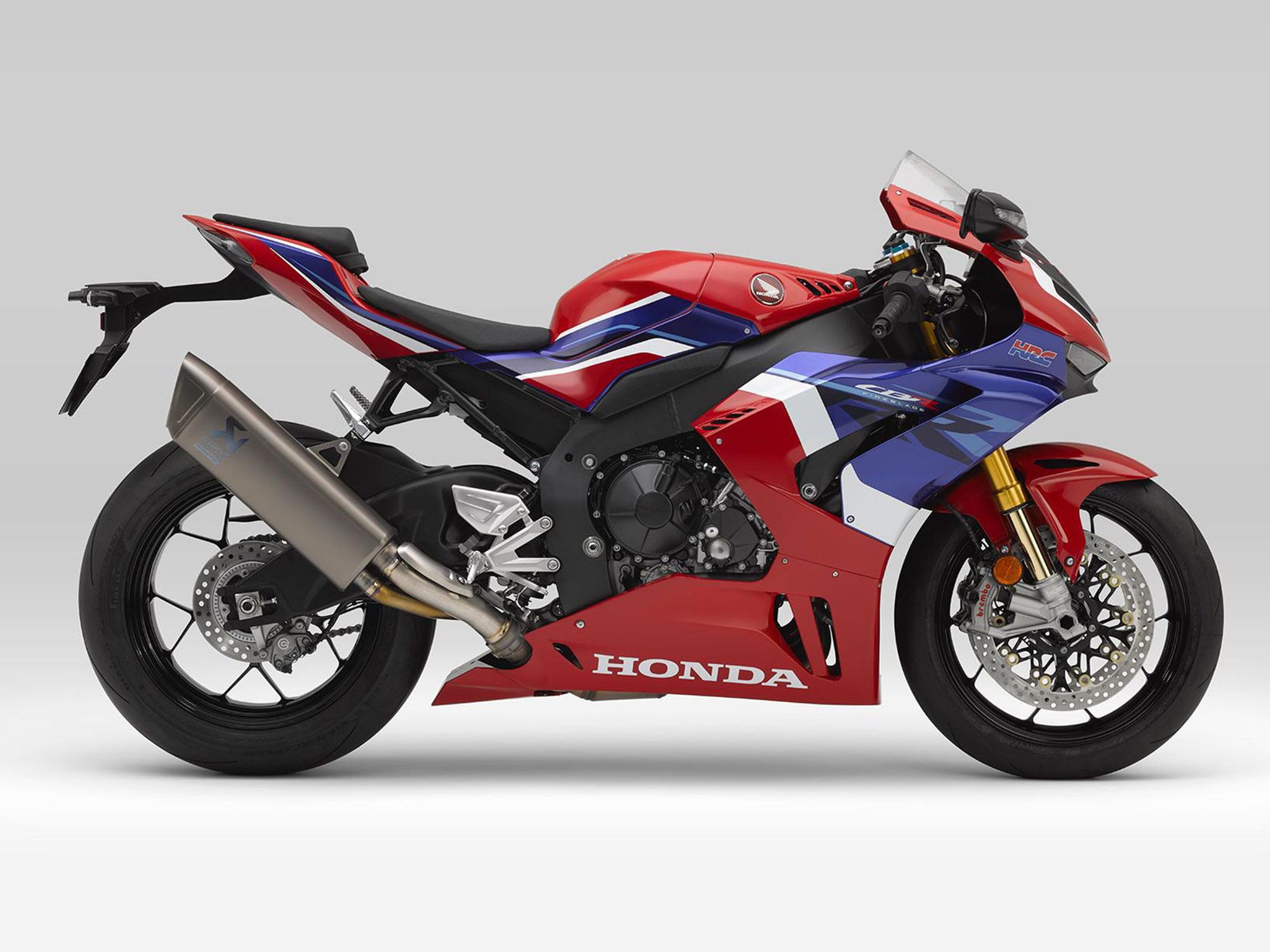 Limited-production-only model in US market 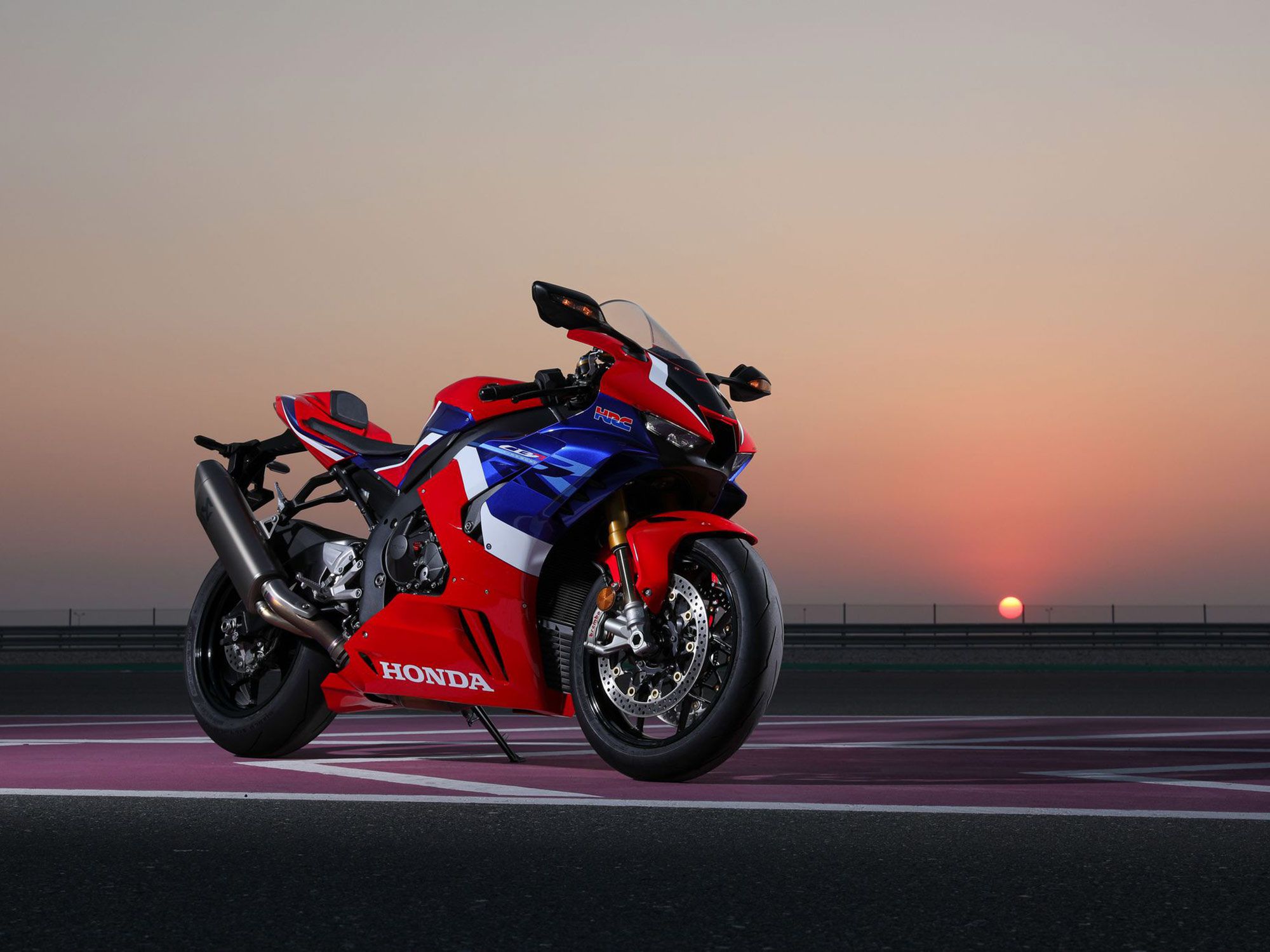 The Honda CBR1000RR-R Fireblade SP challenges the likes of the Ducati V4 S with its engine development and race charisma in a street-legal package.

The Honda CBR1000RR-R Fireblade SP is the embodiment of decades of racing history and development. Its wonderful balance of power, chassis, and tech make it a superb corner-carving superbike. 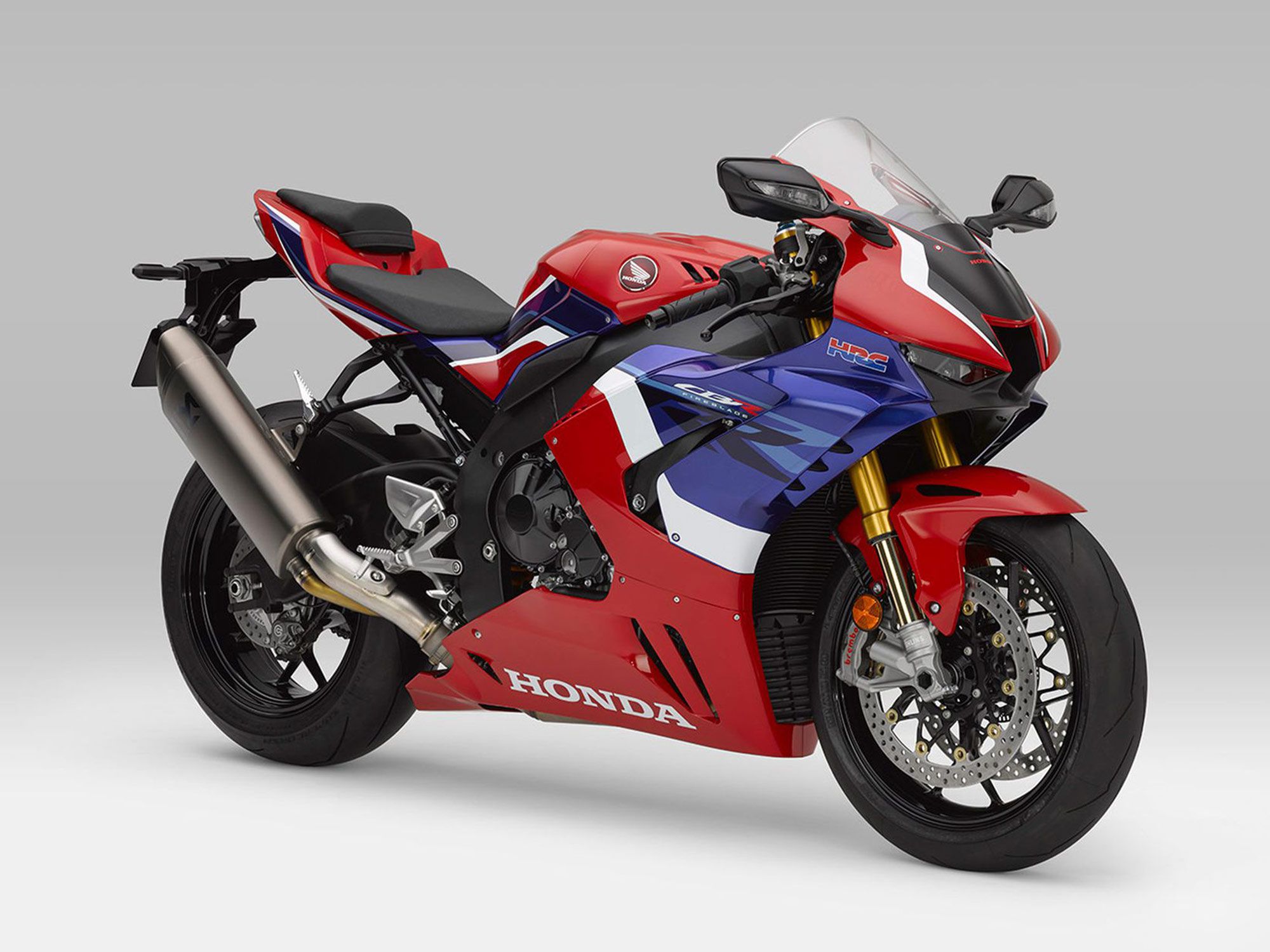 The 999cc inline-four produces a claimed 214 hp (Euro model). It has been modified to be supremely compact and lightweight thanks to its engineers trickling down tech from Honda’s MotoGP efforts with the RCV. This engine is fully analyzed by Cycle World’s Kevin Cameron in “2021 CBR1000RR-R Is Honda’s Response To The Ducati V4 R.”

Tractable, yet impressive power delivery is a highlight of the RR-R SP, while a rush of top-end power will surge toward its 14,500 rpm redline. In fact, we noted that the rideability of the engine’s power delivery resulted in serious confidence. “As a testament to the 999cc liquid-cooled inline-four’s tractability and rider friendliness, I shut the HSTC and Wheelie Control settings off entirely for my final five laps of the day and found the same level of confidence under acceleration as I did with rider aids engaged,” noted Road Test Editor Michael Gilbert. 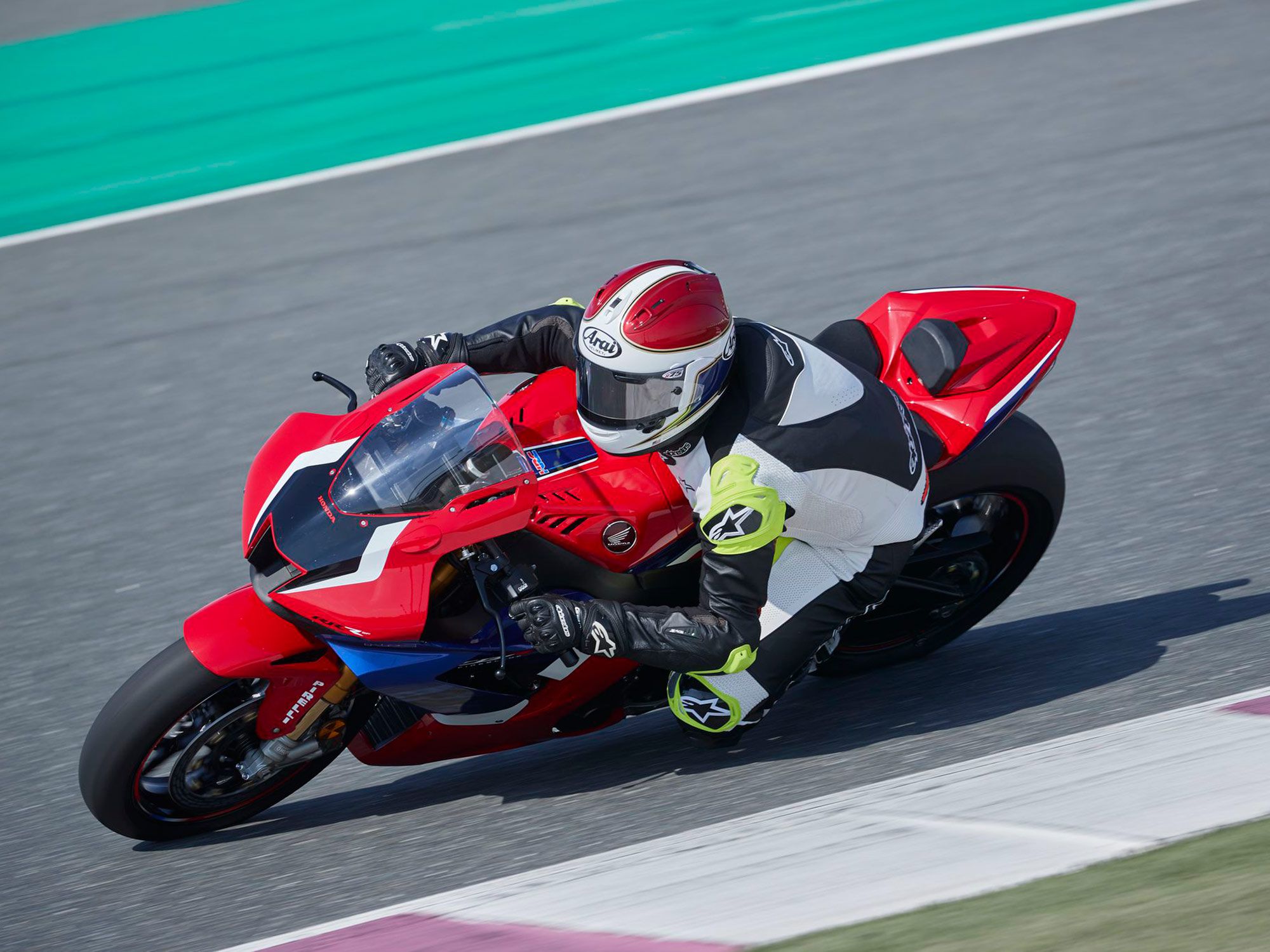 When Road Test Editor Michael Gilbert took laps around Losail on the European model CBR1000RR-R Fireblade SP, he wrote: “Honda struck a superb balance. With its brand-new twin-spar frame and swingarm with redone rigidity characteristics, the Fireblade is gloriously serious in corner-carving prowess. The bike exemplified its strength in Losail’s difficult side-to-side transitions, requiring little effort to change direction and easily executing midcorner corrections. Look where you want to go, and it goes, no drama—a true track weapon and racebike to the core.”

Superb feel and support are relayed from the top-shelf Öhlins NPX Smart EC 2.0 semi-active gas-charged fork and TTX 36 Smart EC shock. These suspension components are easily tunable via the Objective Based Tuning Interface (OBTi) accessed in the TFT display.

The Brembo Stylema calipers bite down on two 330mm front discs and the rear caliper is straight from the RCV213V-S. Two ABS modes are Sport and Track, but offer no hint of excessive intervention found on the previous model.

Fuel economy and real-world mpg are not currently available. Ergonomics for this superbike are as you would expect: aggressive. The pegs are up and back for an athletic lower body stance. Handlebar location, however, is lower and angled much farther forward, motocross style, which puts excessive pressure on the rider’s wrists.

A new full-color TFT display can be customized to rider preferences.

Honda’s history is deeply rooted in racing. The new Fireblade is the result of decades’ worth of experimenting and progressing through that history with a potent blend of MotoGP-derived tech, an impressive powerplant, and a strong chassis. A fine fit and finish is the cherry on top. 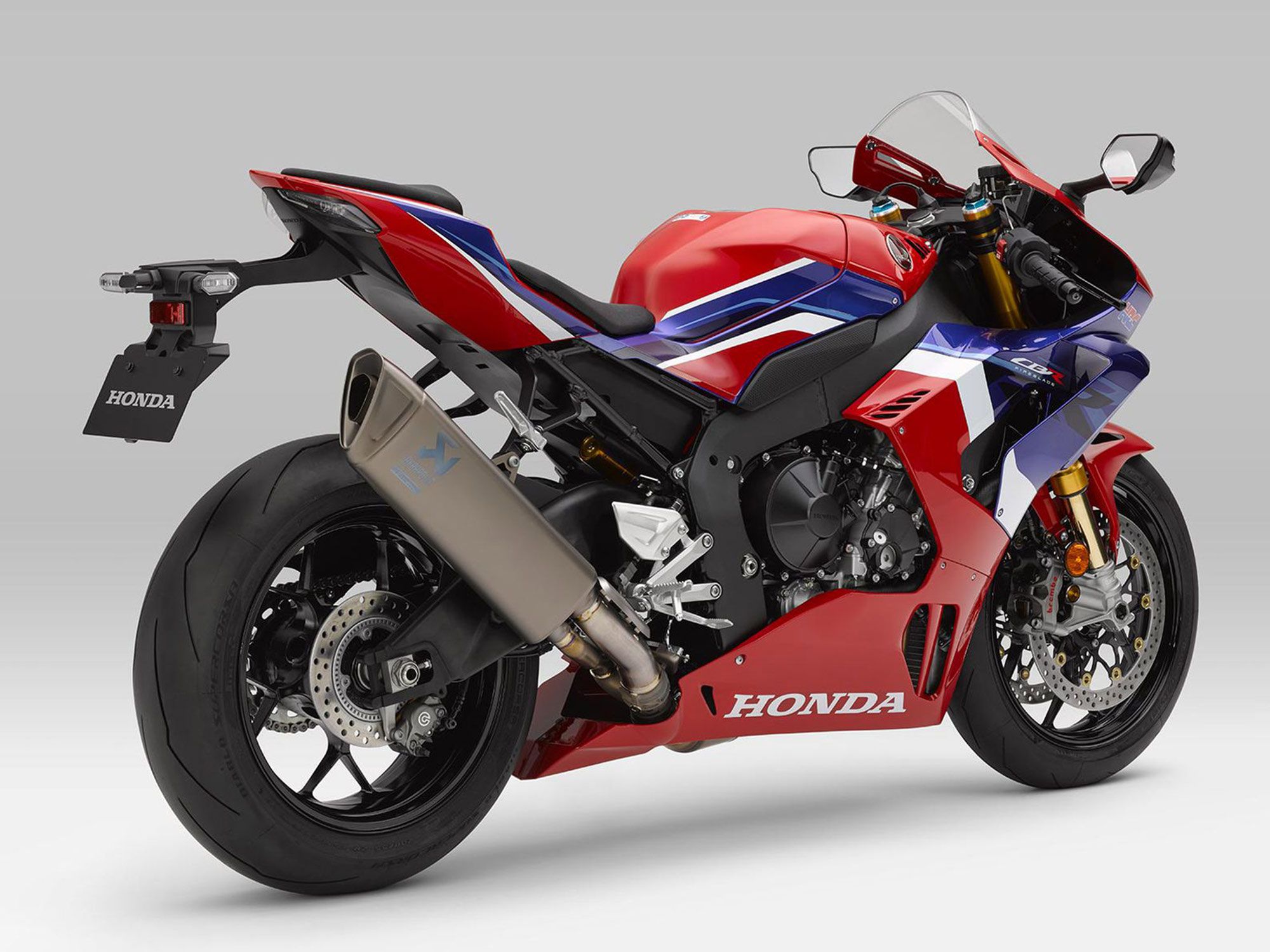